One of the consequences of the economic readjustment that started in 2008 has been the general deterioration of public life. While globalization promised an economy based on interdependence and free market, the unwillingness to protect workers and services has stirred anxieties and opened a space for extremist rhetoric. The rapidly changing context of American politics is a clear example of how public discourse can easily change to express hate and resentment. Capitalism has realized that democracy is not necessary to increase benefits and expand business, free market does not need a free society. The end of western privilege supposes the resurgence of the gilded age at global scale. In an effort to guide the frustrations of the crowds there is a revival of the old programs of nationalism: fear to the other and simple arguments. When the space for criticality is reduced, public discourse becomes unsubstantial, discussions are weak, lead by feelings and not facts. Akin to public discourse, public space has been framed and limited, with the intention to isolate the individual, reducing its capacity to reflect on its own conditions by connecting with others. The lack of collective rapport, the sense of estrangement among minds alike, are parts of the same engine to generate suspicion and confrontation. To the economic readjustment, there is a political one, where government is organized as a corporation with customers and servers. A crisis of representation, that breaks the correspondence between electors and elected officials, reaching the visual representation of life as articulated by commercial and political campaigns. In 2008, the train stations of New York were covered by collages made by Poster Boy, who subverted commercial publicity to reveal the cynicism behind each campaign. A practice of détournement as the vengeance of the crowds against the imposed desires of consumerism.

PUBLIC FORMATS is an exhibition of artist’s produced posters and banners. Recently created works that examine the visual and conceptual challenges of public life, from slogan to action, from modern imagery to renderings of the future. In a moment of political turbulence, this project plays with the formats that have characterized public space questioning representation and searching for critical ways of integration. The pieces gathered here, express a sense of uneasiness while addressing several instances of the collective. 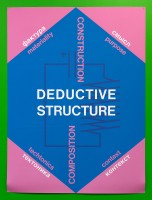 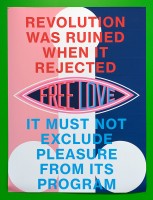