The exhibition departs from an interest in disruption as a motif that characterizes the present and features a group of artists attentive to the processes of alteration and violence in their practices. While sometimes disruption is applied to formal concerns of object-making and ways of distressing materials, it can also disclose the physical realities of technologies and environments that are often rendered impalpable. Malfunction upsets the normative ease and ignorance of daily rituals, drawing attention to the turbulence that is always active under the surface. The works presented in this exhibition deliberately unsettle and disclose the anguished qualities of our existence.

The alteration of the techno-sphere mirrors the disruption of weather patterns, and although these are produced by human means, they constitute systems outside human control. These are expressive of the damaged alliance between humans and their surroundings, between expectations and satisfactions. The recent explosions of the Samsung Galaxy Note 7 and the recent cyber attack that destabilized online access using hundreds of thousands of internet-connected devices, unveil the features of a world that emerges as strange and unknown. These two cases expose our embeddedness in cycles of violence. The smartphones become time bombs, connecting its users with the processes of natural and human exploitation defined by global trade and low-wages. Our domestic appliances are engaged in cyber warfare without us even noticing. The state is confronted by non-state powers, secret services by hacker’s groups. Dominated by hidden interests, the world becomes incomprehensible.

Click here to read the text of the exhibition 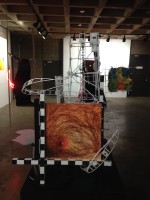 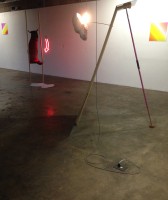 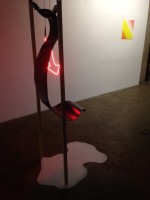 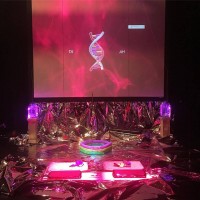 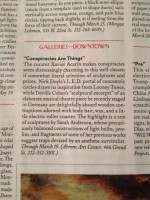